Is your company considering outsourcing its document shredding? If you are interested in professional shredding services, you should be aware that there are two common options available to you to choose from; on-site routine service that is completed through mobile shredding or off-site/plant-based shredding that is carried out at a shred facility. At TITAN Mobile Shredding, our clients can benefit from both options, however if you’re seeking a secure, fast and convenient shredding solution for your, our NAID AAA Certified mobile shredding

Company hosted a reception Oct. 23, 2015, for customers, vendors, friends and family in honor of its anniversary. TITAN Mobile Shredding celebrates 10th anniversary. Don Adriaansen and Bob Leventhal launched TITAN Mobile Shredding LLC in the summer of 2005 in response to increases in ID theft, the Federal Trade Commission Disposal Rule, the Health Insurance Portability and Accountability Act and the Gramm Leach Bliley Act. By October 2005, the company was up and running, providing secure on-site document destruction to

HIPAA Settlement Highlights the Continuing Importance of Secure Disposal of Paper Medical Records Cornell Prescription Pharmacy (Cornell) has agreed to settle potential violations of the Health Insurance Portability and Accountability Act of 1996 (HIPAA) Privacy Rule with the Department of Health and Human Services (HHS), Office for Civil Rights (OCR). Cornell will pay $125,000 and adopt a corrective action plan to correct deficiencies in its HIPAA compliance program. Cornell is a small, single-location pharmacy that provides in-store and prescription services

The Federal Trade Commission (FTC) has launched IdentityTheft.gov, a new resource that the agency says makes it easier for identity theft victims to report and recover from identity theft. The new website provides an interactive checklist that walks a person through the recovery process and helps he or she understand which recovery steps should be taken upon learning his or her identity has been stolen. It also provides sample letters and other resources to help someone in such an instance, the 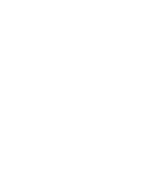 We are NAID AAA Certified Since 2007​

This certification is recognized by regulatory organizations as the premier standard for integrity, security and compliance.

Review Us
On Google!